President of the European Commission, Barroso in Berlin

José Manuel Durão Barroso, president of the European Commission paid on Monday a visit to the Konrad-Adenauer-Foundation in Berlin to discuss about more European integration. Accompanied by Dr. Hans-Gert Pöttering, Chairman of the KAS and Manfred Weber, Vice-Chairman of the European People’s Party, they looked for alternatives and ways to promote the European project in the upcoming European Parliament elections.
October 21, 2013 Ordering Information 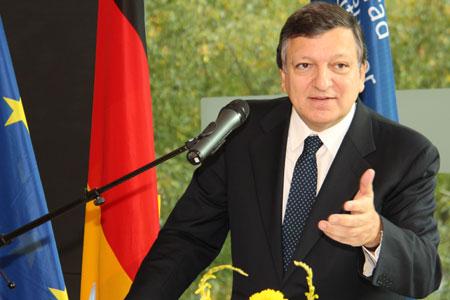 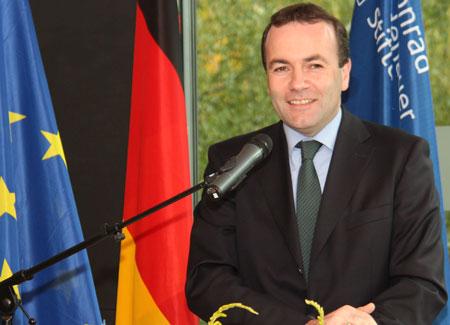 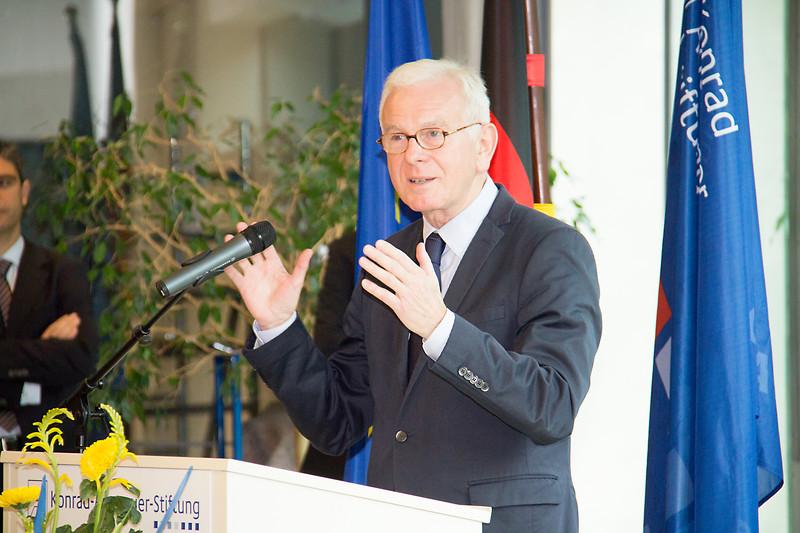 KAS
Hans-Gert Pöttering, Chairman of the Konrad-Adenauer-Stiftung and former President of the European Parliament

In May 2014, the European citizens will vote their new European Parliament. This time it will be a much discussed topic as Europe has been more present in daily life than before. In Athens and Berlin people discuss about the relevance for more or less Europe. The importance of Brussels is called into question. Lots of people ask themselves if we need ‘more Europe’. Barroso inquired in this “off the record” meeting in front of about 60 Bundestag members to set a different tone concerning the actual topics in the European debate. There is a need to positivize what Europe has achieved so far.

Since Europe finds itself in a crisis, more people feel the need to intervene and as a result national parliaments focus on national issues to repair their country. Barroso asked for more courage to defend Europe and its values, such as the four freedoms, to fight against upcoming populist parties. Manfred Weber suggested making the EU’s daily life more visible and pointed out the media’s role in this. For example, a lot of people don’t know that at the moment the European parliament is voting for a new single law concerning data protection, which will replace the 28 laws of all the member states. All 28 member states choose for complete harmonization on one issue.

Pöttering comprehends Europe by calling it a unique project with no example in the world. With exciting times in Berlin, where a new coalition is about to be formed, and a given leading role for Germany on the European continent, it is important that a good message will be spread to not lose the support of the citizens. Just as Barroso already said in his last ‘State of the Union’s speech: It is about an ‘ever closer union’. Decisions should be made as closely as possible to the citizen. Manfred Weber asked for more discussion to look for alternatives because the biggest democracy deficit is when citizens lose touch with Brussels.

Europe, with Germany at its center, has to stay big at big things and small on small things. National issues have to be discussed at national level, and big issues such as the Euro have to be discussed at a European level. The elections in May will not only be about the European Parliament, it will be about the whole European project. National governments should be aware of that and stand up to promote the European project and look for new areas where they can cooperate. In times of crisis, the European countries will be stronger when they work together.