Reforms and changes in the EU since the beginning of the financial and economic crisis - www.kas.de

Workshop I of the Greek-German Youth Congress

Dr. Weronika Priesmeyer-Tkocz opens the workshop with a short round of introduction, in which everyone introduces herself/himself. The participants hope to get in dialogue with people from the other country, debate how to manage the crisis, search for alternatives to the current policies and discuss whether a new architecture is needed for the EU after the crisis.
October 15, 2013 Ordering Information 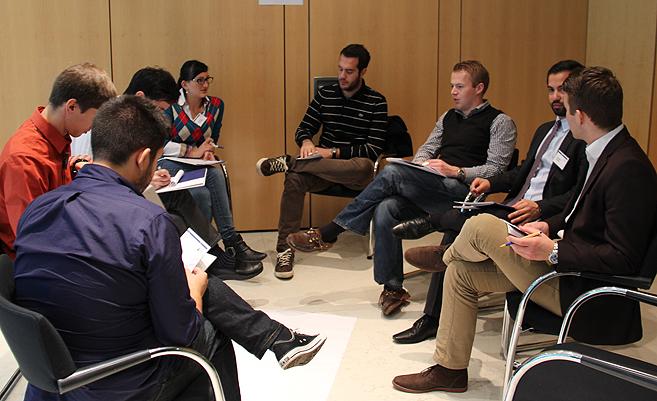 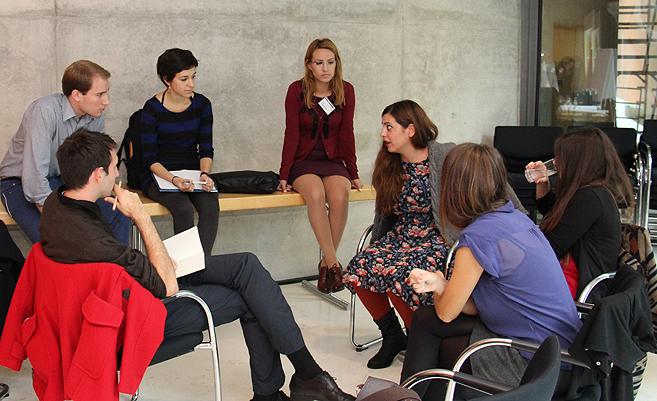 ... to discuss the circumstances of an improvement process and the role of responsible persons and bodies. 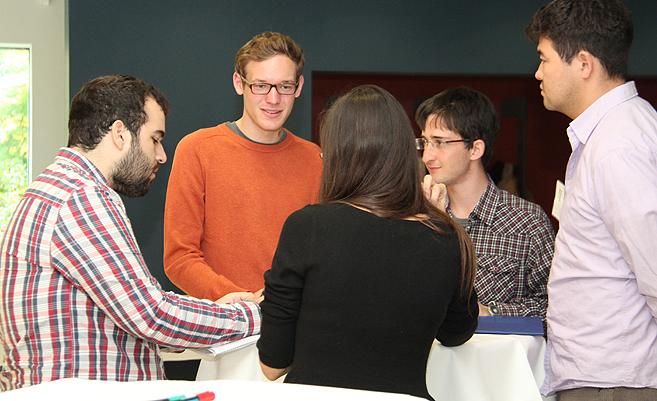 A lively discussion arises about the crisis, Greece, Germany, the EU, and European values.

Dr. Priesmeyer-Tkocz describes the character of the crisis. It is neither a Greek, nor a Euro crisis but rather a mixture of different crises: a crisis of confidence, of public debts, of competitiveness, and of control and sanctions.

The crisis of confidence led to an explosion of prejudices among the nations. It was pushed by the media especially (so, there is in a way also a crisis of media). On the other hand, there is a crisis of confidence between the people and the national states/EU because of their insufficient explanation of their policies and their lack of transparency. There is a crisis of competitiveness because of the Southern states being less competitive than the Northern states like Germany. The crisis of control and sanctions emerged because too many member states do not comply with many European rules. To keep these facts in mind is important for the workshop.

Stefaan de Corte’s keynote contains a Brussels perspective of the crisis. He agrees with Dr. Priesmeyer-Tkocz concerning the elements of the crisis. Society has to decide where it wants to go after the crisis. Looking at the process of overcoming the crisis, de Corte admits some measures to seem (and maybe are) “wishy washy”. But the European Union is a body that has never existed before and therefore needs to find new solutions and go new ways in solving problems, too. He also emphasizes that the source of the crisis is not a European one. After the financial crisis in the USA and the collapse of Lehman Brothers, the crisis in Europe started with the public debt crisis and the crisis of competitiveness. It can only be solved by improving the treaty, increasing competitiveness, and reducing debts. De Corte warns that just like in many other crises, the weak states are getting weaker and the strong ones are getting stronger. If we shall not be able to change this situation, the Euro and the whole European Union shall be imperiled. The key question is whether the current measures are enough. The EU must give the countries time to change; but people have to change, too – a cultural change is necessary.

Mr. Schäfer refers to the four components of the crisis. To reduce public debts, tax laws must be effective and everyone must pay taxes. Public debts can also be reduced by a rise of the retirement age in the EU states. To earn more money to reduce public debts, the countries also have to get more competitive. To this end, every country has to create its own business model. Confidence can only be created by developing a common culture. Central questions of the workshop ought to be the main reasons of the crisis in Greece, how to create wealth in the EU in the future, and what every participant wants to be associated with when visiting the other country.

After the keynote addresses, a lively discussion arises about the crisis, Greece, Germany, the EU, and European values. Among the topics covered in the discussion are how to create competitiveness, whether there is the need to renew European institutions like the ECB and what the welfare state will look like in the future. Mr. Schäfer states that competitiveness needs social balance, especially in Greece. A debate between the generations should be initiated because older people are well cared for in Greece while the young generation lacks support even though it is very important for a successful future. To overcome the crisis, growth is needed above all. But it lacks in Greece. Mr. de Corte agrees with Mr. Schäfer and adds – addressing both, end of the crisis and creation of competitiveness – that there is a big economic potential in Greece for example in agriculture and in shipping/ports. He points out that a new kind of welfare state will provide only a basic level of social security in the future forcing people to provide for their own security much more than today. Concerning competitiveness, Mr. Koumoutsakos points out that the EU competes with states like India, China, and Russia. They do not have the same level of social protection as the EU member states. The problem of the EU is how to create more competitiveness without losing its soul, i.e., its civil and labor rights. This will be the most difficult problem to solve.