“We have to become more strategic”

As a kick-off to this year’s Adenauer Conference, Minister-President and CDU-Chairman Armin Laschet discussed with KAS-Chairman Prof. Dr Norbert Lammert Germany’s role in international security affairs. Laschet focused on the current epochal change in international affairs and the question, how Germany might shape it.
May 20, 2021 Ordering Information 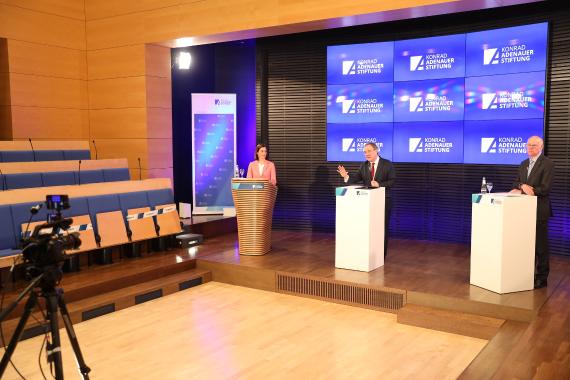 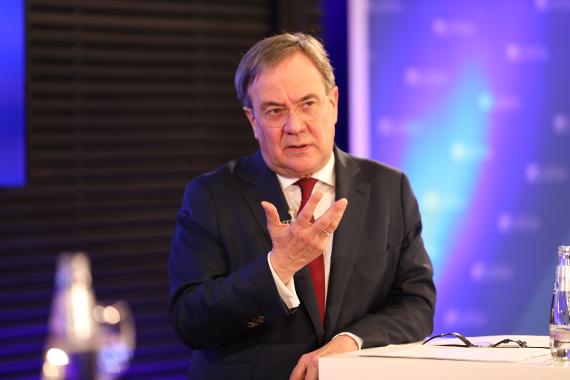 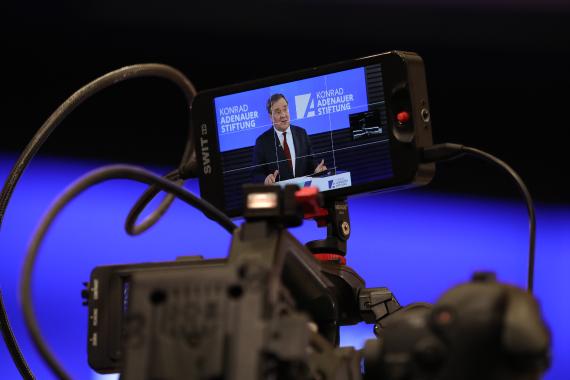 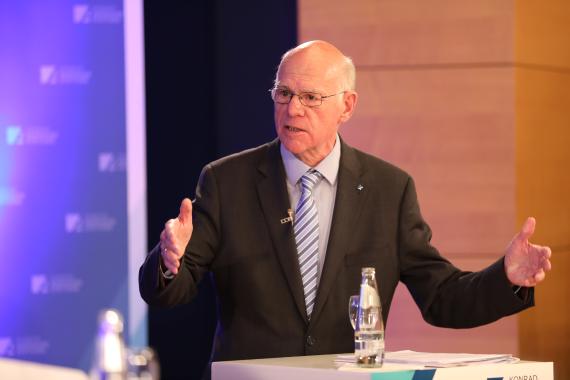 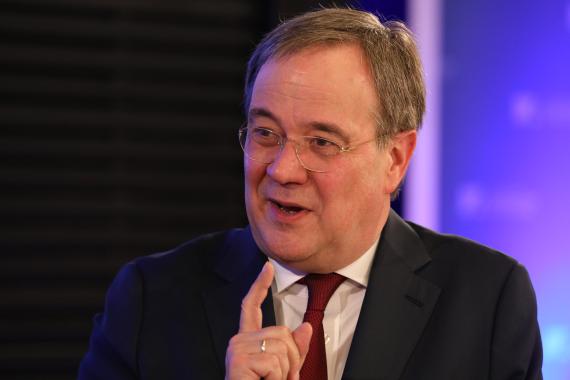 The conditions for German foreign policy have fundamentally changed, Laschet emphasised right at the outset. Amongst others, this is due to the rise of China, which alters the international power structure. Laschet labelled the People’s Republic “competitor and partner”. In addition to this, new technologies are changing international politics and violations of international law and the Corona pandemic pose key challenges.

Germany has to react to this epochal change – by “finding a new approach that responds to the new challenges now”. Germany must become more resilient vis-à-vis external shocks, pandemics, cyber-attacks and economic crises. Furthermore, it must initiate a “decade of modernisation”, also to retain the capacity to act in international relations. In this context, Laschet called it important to act in a forward-looking way – instead of merely reacting to crises – and concluded: “We have to become more strategic!”.

Laschet also demanded Europe to become capable of playing its role in shaping global affairs – through strategic unity but also by having a core set of European actors going ahead decisively. Furthermore, he claimed that “speaking the language of power” is possible only for those who also have “the instruments of power”. Therefore, a dedicated European security policy is required. However, Germany should not only cooperate with European partners but also with transatlantic allies and other partners – the so-called “like-minded democracies”. In particular, Laschet sees a chance for “partners on this and the other side of the Atlantic, who share common values, to act together in the world again”. In this context, Laschet clearly committed himself to the so-called two percent goal of NATO. Only by complying with this goal, Germany will become “capable to act and defend itself”.

In addition, climate policy played a central role in Laschet’s statements. He called for a fusion of European instruments, such as the Green Deal or emission trade with a “foreign policy on climate”. A European clean tech initiative could bind new partners to the German and European system of values and economics. Europe should take up the initiative, to “to do its part in shaping the world”. Laschet contended that this task would not be possible without a commitment to multilateralism and strong international institutions.

Furthermore, the states in the European neighbourhood should be integrated better into strategic and climate policy. In view of crises in Europe’s neighbourhood and the recent escalation in the Israeli-Palestinian conflict, Laschet reaffirmed once more that the security of Israel remains a German raison d’état.

In the subsequent discussion, chaired by Tagesspiegel deputy editor-in-chief Dr Anna Sauerbrey, questions from the KAS community and social media were posed to Laschet and Lammert. Spanning from Russia to China, the equipment of the Bundeswehr to the defence budget and Nord Stream 2, a broad range of topics was discussed.

In particular, the question regarding a debate on strategic issues in German society was discussed. Lammert emphasised that it remains difficult to discuss international security with the public. This is because a whole generation lives “in peace, freedom and in agreement with all our neighbours”. However, this remains an exception in German history. Therefore, Lammert deemed it a task for politics and political foundations, to remind of historical lessons and to derive conclusions from them for security policy.