YOUTH CONTRIBUTION TO THE ROLE OF MEDIA LITERACY IN PREVENTING FAKE NEWS IN CAMBODIA - www.kas.de

This article will explore the Impacts of Fake News, the response to Fake News in Cambodia, and youth Contribution in Preventing Fake News.
1. Januar 2022 Bestellinformationen

Media literacy is the ability to identify different types of media, identifying what is real and what is false before circulating it to others.1  There are many different types of media platforms including newspapers, magazines, posters, tweets, news on social media such as Twitter, Facebook, YouTube, and so forth.2  There is a growing concern about the significant influence of news on social media alongside the increasing amount of people using and consuming that news on the internet. It is critical to know how to identify the types of news because it will allow us as readers and spreaders to keep up with the factual information. To prevent spreading fake news, it is important to know what it is. Fake news refers to reports, images, and videos shared among users to spread misinformation. Fake news can be devised by individuals or groups to further their interests or those of third parties.3 There are four common types of fake news namely targeted misinformation, fake headline, viral posts, and satire (the news picks up on current affairs and is used to raise awareness of social issues or criticize political wrongdoing).4 Additionally, fake news also includes media bias which means that media outlets report news in a partial or prejudiced manner. This bias often occurs from self-interest and political matters.

The root cause of fake news is self-interest. Many authors create fake news using misinformation and disinformation for their fake news to be widespread for their benefit or money. Fake news is mainly made online with interesting or provocative content. For example, a Chinese media got his license revoked due to the fake news that he has spread by saying that the Cambodian government sells Chinese vaccines at a high price while Cambodian people get vaccinated for free amidst the pandemic.5 Additionally, some poorly trained or untrained journalists usually do not follow professional journalist standards or ethics which leads to the explosion of news sites that may contribute to shoddy writing. Some partisans also want to influence their political beliefs and policymakers by creating fake news concerning politics. 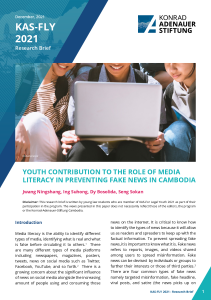 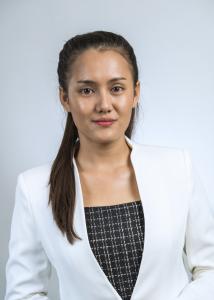