Although the Security Council has been paying more attention to the topic of transnational organized crime (TOC) in recent years, it remains a fragmented agenda item. According to the Global Initiative against Transnational Crime a total of 41 Security Council resolutions referenced organized crime, with an increasing frequency. This clearly shows that the Council recognizes the nexus between organized crime and conflict. Resolutions on UN peacekeeping missions often reference organized crime, but don’t include instruments to address it in the core mandate of the operation. Sanctions regimes have proven to be an efficient tool the Council can deploy to punish perpetrators. In the case of the Libya sanctions regime, travel bans, and asset freezes have been imposed on six offenders of illegal activities relating to human trafficking and the smuggling of migrants. Sanctions however should never be the only action against organized crime and their impact, especially on human rights, should be monitored closely. Building capacity of national judicial systems is a key measure in addressing TOC. In general, one can find that the Security Council tends to consider organized crime only in the context of terrorism or human trafficking. Why would it be important for the Council to address organized crime in a more general and comprehensive manner and to advance the TOC agenda? Organized crime is directly linked to instability and poses a clear threat to international peace and security, the focus of the Council’s mandate. Of course, the United Nations Convention against Transnational Organized Crime, passed in 2000 in Palermo, Italy, is the main international instrument in the fight against transnational organized crime. Implementation of the convention however is still largely lacking. Earlier this year the Conference of the Parties to the United Nations Convention against Transnational Organized Crime decided to continue the process of establishing a review mechanism for the convention’s implementation. This will certainly help to hold member states accountable in translating the treaty into their national practice. However, those countries that are most affected by TOC tend to be less involved in proactive international cooperation. This is a policy gap which the Security Council could bridge. 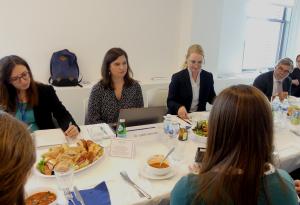 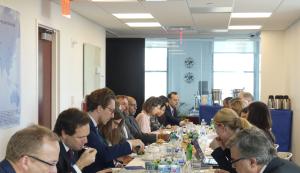 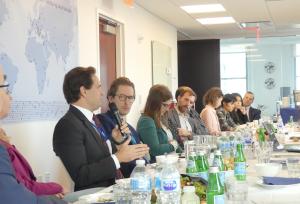 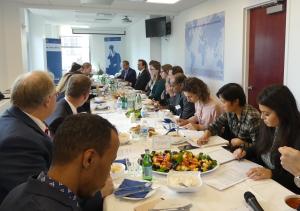