Ukraine, Europe, Asia and the World: Current Geopolitical Implications of the War in Ukraine - www.kas.de

Ukraine, Europe, Asia and the World: Current Geopolitical Implications of the War in Ukraine

The first “EiR” online panel discussion in 2022, organized by the German-Southeast Asian Center of Excellence for Public Policy and Good Governance (CPG) with the support of the Konrad Adenauer Stiftung (KAS) in Thailand, focused on different strands of geopolitical implications of the war in Ukraine, which were analysed with a region-specific focus. The organizers emphasized that, during currently challenging times, it is even more crucial to highlight the impacts of developments in Europe for Southeast Asia and vice versa. Thereby, it is eminent to define conditions of rules and trust to tackle regional and global challenges in an all-encompassing manner. Discussions and exchange between academic, governmental offices, media and civil society make up a cornerstone of this engagement.
11. August 2022 Bestellinformationen

As a starting point, the panel concluded that all involved actors, namely NATO, the EU, and Russia failed to prevent a war from happening in Eastern Europe, as promised as part of the post-Soviet reshuffling of the regional order. Consequently, the current war entails much bigger dangers for the global community than for instance the war in Afghanistan, due to its interconnectedness. Russian concerns about these developments have been raised several times, for instance by President Jelzin in the late 1990s or Putin in the early 2000s. Additionally, the reset of US-Russia relations after the Georgian war did not lead on a successful path but was rather another sign for the lack of Russia’s integration into a European security architecture.

The panel agreed that it is of utmost importance for the US as well as the EU to end the war by finding a diplomatic solution, not only to counter the multiple global crises it has caused, but also to deprive Russia of the basis for its arguments that a US-dominated NATO poses an existential threat to Russia. Otherwise, the war could even spread to neighbouring countries such as Moldova or intensify already existing tensions between China and Taiwan. This would lead to an even deeper alliance between Russia and China, also in terms of maritime trade and further economic dimensions.

Moreover, the panel pointed out that the number of states that have joined the US and the EU in their sanction praxis against Russia is limited, especially in the Indo-Pacific. This specifically accounts for ASEAN, which has dialogue partnerships with nearly all relevant actors. Nevertheless, the region is keen on keeping neutrality and maintaining its socioeconomic interests for the common benefits of its citizens. This could also bear the possibility of raising ASEAN’s voice as one of moderation, to help the international community negotiating on peace. This equally accounts for the boiling conflict between China and Taiwan. Here, the Western stance on the Russian aggression is highly relevant for China when considering a possible invasion of Taiwan, as it is for the Western allies Japan and South Korea. If Russia wins the war, enormous pressure would be put on Asian countries affiliated with the Western camp, if Russia loses, the same countries will have more leverage to push back on China.

Furthermore, the panel discussed on potential impacts on regional and global orders, which face another truly global crisis, right after the first global crisis of COVID-19, and in conjunction with the climate crisis. The speakers agreed that many societies and observers were, and oftentimes still are, unaware of the dimensions of the current risks they are facing. In addition, economic paradigm shifts are taking place, for instance with the fight against the dollar as primary global currency or growing inequality and social polarization on a global scale. This, evenly, can be regarded as governance crisis, as the most important European governments are struggling with current pressures, as evidenced in the UK, Italy, Germany, and France. Further, nearly forgotten crises as large-scale migration are returning and accelerating on a large scale.

The panel also stressed the need for an objective view on the western sanctions imposed on Russia and their effectiveness as well as repercussions in Western societies themselves. Thereby, often used images of Ukraine as brave nation that could potentially win the war, do not withstand a sober reality check, despite large scale support from Western nations. The Russian regime remains highly stable and therefore, a positive end to the tunnel does not seem to be near, as geopolitical trends are not going to the favour of the west. Economic alliances are expanded or renewed without Western involvement, such as the BRICS or the Shanghai Cooperation Organization. Thus, Western allies are forced to enter into new partnerships with regimes that need to be considered problematic from a value-based assessment. Since the power of the west is primarily a cultural one, this should be the dominant narrative of discourse for future foreign policy approaches.

Subsequently, the panel was opened to questions from both the audience and the moderator. The panel agreed that only diplomatic talks, including those between senior government representatives from major powers, could end the current war and resulting crises. Moreover, the speakers agreed that the current multipolar world order requires a careful balance of interests of all actors involved and that one-sided dominance structures, for example through military bases, are difficult to maintain.

At the same time, it is important to keep in mind the military situation of the Ukraine war, where Russia has been able to make massive territorial gains and thus potentially improve its negotiating position. Indeed, if Russia were to win the war, it would have a massive negative impact on Western nations and further fuel the perception internationally, after the failed Afghanistan withdrawal, that the Western model is doomed to failure. To prevent such a scenario, neutral mediators are also needed, such as ASEAN. Indonesia with its political weight, but also its current G20 chairmanship, has a key role to play here.

Even if, in view of the global crisis, voices are increasingly calling for deglobalisation, this is hardly realistic for many countries. To combat these global decoupling tendencies, a strong and self-confident EU is also needed, something that has been rather abstinent in recent years. At the same time, there is an evident need for a European defence strategy that works independently of the US, whose focus is steadily shifting to the Indo-Pacific. Such needs find common ground with those of ASEAN countries, which is why both the EU and ASEAN can advocate for a global middle position. At the same time, the EU is currently in a less strategic position than in previous decades. This makes it difficult to demand absolute commitments to European values from partners outside Europe. Consistent compromises are therefore the way forward.

In the closing messages of the speakers, the strategic importance of the Black Sea for Russia, also for its access to Asia, was once again emphasised. This, combined with Ukraine's eminent role in global food security, provides the ingredients for a potential great power war that must be prevented. At the same time, Western nations, especially the US, must be careful not to appear inconsistent in their value demands. Double standards in bilateral relations make it difficult to promote democracy and human rights globally. Rather, shifts in power from autocrats to the population must be targeted in future efforts.

Written and compiled by Simon Kaack 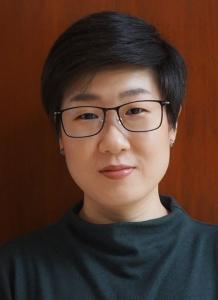