The Coronavirus pandemic has disrupted access to mental health services in northern Uganda, worsening the already bad situation in the region recovering from the effect over two decades of LRA led insurgency.
November 26, 2020 Ordering Information 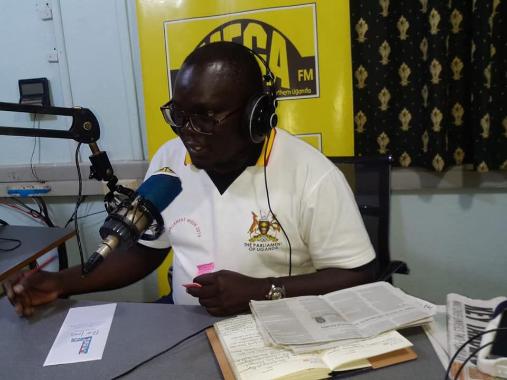 Mental health specialists in the region were already struggling to treat thousands of patients with mental health conditions blamed on the LRA violence campaign against the civilian population.

A 2015 study conducted in Gulu District by Gulu University, Faculty of Medicine, Department of Psychology indicates that there are high rates of suicide among the resettling communities.

The researchers attributed the high rates of suicide to depression.

The study puts depression among former Internally Displaced Persons (IDPs) at between 25- 50 percent.

The report further indicates that 1 in 7 adults has attempted suicide in the last three years.

Meanwhile 1 in 3 has admitted suicide ideation and 1 in 3 have experienced suicide in their respective communities.

The researchers warned that the resettling communities at the return sites are locked up in a complex situation.

According to new figure by Gulu Regional Referral Hospital Mental Health Unit, on average, between 30 and 33 patients with mental health condition are treated daily.

This translates into between 90 and 100 patients each month.

Jimmy Odoki, the Coordinator of Heart Sounds Uganda, said the lockdown made the situation worse for struggling with mental illness.

Heart Sounds Uganda is a Gulu based organisation helping people with mental illness to cope with their condition and to access to treatment and care.

Odoki said coupled with the lack of psychiatrists the region, COVID-19 made the already bad situation worse.

Odoki was appearing as one of the guests on Kabake Community Radio Program on October 25, 2020 discussing the link between mental illness and COVID-19.

Kabake is a pre-recorded program aired on 102 Mega FM, one of the leading radio stations in northern Uganda every Sunday between 10AM and 12noon.

Mega FM has partnered with Konrad Adenauer Foundation to give a platform to communities who are still recovering from the effect of the over two decades Lord’s Resistance Army (LRA) led insurgency to discuss issues related to post-war recovery, social justice, health and education, gender-based violence and land rights among others.

But due to the Coronavirus pandemic, the program is broadcast live in the studio with limited number of guests.

Participants now contribute through a phone call since large gathering is banded by government.

Majority of former displaced persons or ex- LRA fighters are suffering from Post- Traumatic Stress Disorder (PTSD) after witnessing killings and other heinous crimes being committed against their own communities.

Between 2013 to January 2018, statistics by police and local authorities indicates that at least 320 individuals including 80 women have committed in Acholi sub region.

Nyeko however, noted that the number dropped by half during the lockdown.

“On average, between 60-70 patients with mental illness seek for health care services at Gulu Regional Referral Hospital Mental Health Unit, but that number has since reduced. Majority of patients faulted on their drugs due to lockdown,” Nyeko said.

According to Nyeko, the problem has been exacerbated by stigma and limited funding to mental health services.

Sam Menya, a resident of Lira City who participated in the program through live call -in blamed the government for the challenges facing individuals suffering from mental illness.

“Government needs to increase funding for mental health services. This will go a long way in ensuring that who needs such care have access to it,” Menya said.

Uganda allocates only 10 percent of its health budget to mental health services.

According to Odongo, chronic illnesses such as HIV/Aids worsening the problem.

He adds that few individuals with mental health problems are seeking treatment from qualified medical personnel.