Following the Country’s (Initial) Triumph over the Corona Crisis, Croatia Is Set to Have Parliamentary Elections on 5 July

Although the spread of COVID-19 has been stopped in its tracks, the risk of a second wave in autumn remains. The election of a new parliament in Croatia should have taken place only in September 2020. But parliament was dissolved in May 2020, and the date for new elections was scheduled for 5 July. The reason cited by the government is a desire to avoid the virus potentially jeopardising the holding of elections. The opposition, on the other hand, suspects the main reason behind this to be the government's favourable poll ratings during the fight against the pandemic. Croatia is therefore entering into a heated, yet short, electoral campaign. In the meantime, polls indicate that the election outcome is by no means clear-cut.
June 19, 2020 Ordering Information

Parliamentary elections in Croatia are subject to proportional representation, in which nominating entities (mainly parties), draw up groups of candidates as ordered electoral lists. Seats are allocated according to the D’Hondt method, and the electoral threshold amounts to five per cent.

Voters can only choose one list. Since the parliamentary elections in 2015, they have been able to cast a preferential vote to a candidate from this list. If a candidate achieves more than ten per cent of these preferential votes in proportion to the candidate above them on the list, they move up the list according to the party’s result (it is type of cumulation as is commonplace in Germany during local elections such as in Bavaria and Hessen). Should two candidates receive the same amount of votes, the list sequence is the decisive factor.

Regular parliamentary elections are held every four years. The President of the Republic (currently Zoran Milanovic, Social Democrat), convenes the newly elected parliament for its first session. He/she then appoints someone to form a government who, according to the allocation of seats in the Sabor, has the opportunity to gain the confidence of the majority of its members through negotiations. At least 76 mandates are necessary to form a parliamentary majority.

You can download the complete country report as pdf 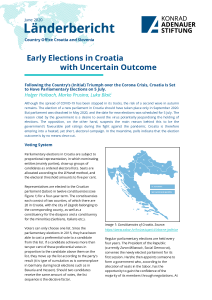 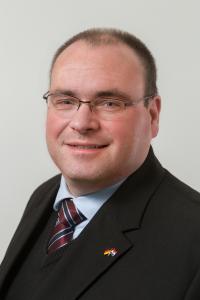 Head of the KAS office in Croatia