President Joko Widodo, known as Jokowi, has won the presidential election clearly with 55.5% of the vote and can now continue to govern the country for another five years. His challenger, ex-General Prabowo Subianto, who came to 44.5% of the vote, does not want to admit his defeat and will appeal against the result at the Constitutional Court for alleged election manipulation. The official election results were announced by the Indonesian Election Commission KPU on the 21th May 2019, one month after the actual Election Day, but one day earlier than the scheduled deadline on 22 May.
May 28, 2019 Ordering Information

On April 17, 2019 Indonesia’s first joint presidential and parliamentary election was held, where next to the president and his vice president also the members of both houses of parliament, DPD and DPR and representatives of two local parliaments were elected.

The simultaneous elections were a huge logistical challenge for the largest Muslim country with a population of 260 million people spread over more than 18,000 islands. Eligible to vote (registered) were 190 million voters who were able to give their vote in more than 800,000 polling stations in all parts of the country. They had to punch with a nail the names of their candidates in five different election lists and then mark their little finger with a non-washable ink. To ensure a smooth and transparent election process, about seven million helpers were involved.

Over 400 helpers died on their enormous and exhausting mission. The voter participation was surprisingly high at about 80%, higher than five years ago (72%).

You can download the complete country report, including the table, as a PDF file.​​​​​​​ 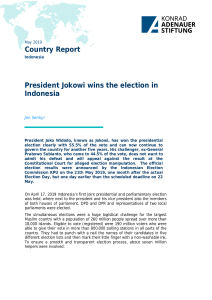 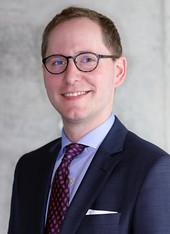