by Jakob Wöllenstein
On December 17, the EU published the list of the third package of sanctions against the regime in Belarus.
December 21, 2020 Ordering Information

On December 17, the EU published the list of the third package of sanctions against the regime in Belarus. The list adds 29 people to the already existing pool of 54 people (40 from October 2 and 14 from November 6, 2020) and for the first time also includes seven businesses. This caused mixed, though mostly negative reactions from Belarus. While representatives of the regime, but also some experts, generally denounce the sanctions as such, representatives and supporters of the democracy movement consider the measures to be far too timid. In view of the dramatic situation in Belarus, there is talk of "mockery" and "betrayal" and that the EU "spits in the face" of the Belarusians. Other voices speak of a smaller victory for democracy than expected.

According to experts who have been working for months documenting crimes by the individuals and structural connections in support of the regime, the EU had comprehensive and well-founded information to hold accountable those responsible for human rights violations, election fraud and perversion of the law. The same applies to companies that act as the “wallets” of the Lukashenka regime. They see the fact that both central companies and key individuals are not on the list to be a success of the Belarus and Russian lobbyists, who have been able to influence decision-makers in the EU. The economic interests of individual EU member states apparently also had priority. The fourth package of sanctions is already being demanded promptly. The procedure against the regime could also be intensified within the framework of the recently passed European “Magnitsky” law as well as the recently updated, but still pending approval “Belarus Democracy Act” in the USA. Tsikhanouskaya had previously reported after her meeting with the EU Foreign Affairs Representative Josep Borrell on December 16, 2020 that it was also about tougher, targeted sanctions against Lukashenka supporters, which the EU wanted to discuss in early 2021.

What we have in the country is escalation of violence. People are thrown in jails, tortured. People don’t feel safe at home homes and outside. It's dangerous to go out. It will soon become dangerous to breathe. Therefore, we insist on the next package of sanctions, because these ones are not even serious.

The most important thing is that Lukashenka's "wallets" were included in the list: businessmen and companies, this is something that has not been done before. On the one hand, the list could have been larger, it was larger originally, but international lobbyists, representatives of these companies, businessmen, oligarchs, and officials who have succeeded in getting people stricken from this list, did a good job.

Inclusion in the sanctions lists of the "wallets" of the regime is an important step and it elevates the sanctions pressure to a new level... But we are waiting for a more systematic approach from the EU — there is a need to consistently introduce sanctions against other sponsors of the illegitimate government to achieve real effect. The global community must stop directly or indirectly sponsoring the illegitimate government. The money received by the regime goes to repression, torture, beatings and murder of civilians in Belarus.

If you were to ask me how I feel about the sanctions list that has leaked from the EU administration, this is what I’ll have to say: I see it as betrayal and a spit in the face of Belarusians. The EU had at its disposal ALL the cases they needed to attack the regime, all the information very detailed and validated by the legal departments. But for some reason, all serious cases have been removed, and some of Lukashenka's "wallets" have been crossed out at the last moment — one of them crossed out with a ballpoint pen(!), that is, after all approvals. Probably, it's time to attack not only him [Alexander Lukashenka], but also "partners" whose actions cause bewilderment, to say the least, or, rather, feelings of treachery.

There were more than a hundred judges, with a detailed description of their actions, much more than a hundred law enforcement officers. And if we talk about "wallets", the cases were presented for everyone who works with the Lukashenka family — it's a couple of dozen names. These are the most extensive cases with detailed information about companies that are registered in different countries of the world, all taken from official registers, up to the beneficiaries of companies.

It's just ridiculous for me what the European Union has done. Great cry and little wool. This will have no real impact, except for Ms. Kachanava not being able to travel to Nice. This is not enough for me! Most likely, it had something to do with Putin’s and Lukashenka's lobbyists. And this is not classic political lobbying ... A very strange story. And it seems to me that the EU itself needs to figure out who has done such an effective inside job on this.

While Tikhanovskaya and the Coordinating Council speak loudly about the need to help Belarusian society and put pressure on the authorities, on the other hand, there is other kind of quieter and, as we can see, also effective work being done. Lukashenka's lobbyists seem to cut their mustard and work most successfully with Latvia and Germany.

European politicians are of the opinion that if one presses too hard, this can push Belarus towards Russia, so it is good that Europe keeps the Belarusian issue in sight. But it is certain that the future of Belarus will be decided by the Belarusians themselves. As a result, weaker sanctions against the Lukashenka regime are not really a defeat in the war, but just a smaller (than expected) victory for the democratic forces.

Natalia Kaliada, Intitiative Creative Politics Hub (as a Comment to the Belsat statement)

“Latvia, for example, will tell you: this will bring our business to a halt. Germany will say: this will bring our business to a halt, because we have old relations with Russian business, which also finances Lukashenka." Currently, the Belarusian regime is financed by millions of Belarusian citizens who pay taxes, buy products from state-owned companies and do not join the sanctions. The national strike announced by Svetlana Tikhonovskaya did not happen de facto. But it's a marathon and the prospects for the authorities are far from peachy. 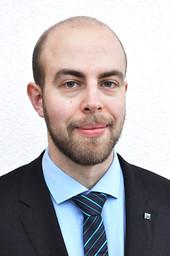