1. Sources and Forms of Financing

Next to project-related funds, political foundations also receive institutional subsidies, which account for 21,7 % of the budget of the Konrad-Adenauer-Stiftung. Institutional subsidies form the basis on which the financing of political foundations rests; without them, it would be impossible to plan human resources and financial requirements with any degree of consistency. The Konrad-Adenauer-Stiftung, for instance, uses these 'global funds' to finance

In these times of shrinking public finances, the importance of supplementary funds from private sources increases correspondingly. The Stiftung has three funds originally financed by bequests. Money from the Else Heiliger Fund is used to finance cultural events and artists within the framework laid down in her will. The yield of the Theodor and Elisa Weimar Fund is used by the Stiftung to finance support for students within the framework of its scholarship programme. Revenues from the Werner Hintzler Fund are employed in regional political education.

This being so, the state is restricted in its educational mission to general matters, the fundamental consensus of society, the core of which is formed by the fundamental values laid down in the constitution. At the same time, it draws nourishment from the political culture whose societal and political roots lie beyond its reach. Political education work feguards the existence of any liberal and pluralist polity. Financially supporting the educational work of other holders of fundamental rights does not constitute an infringement of the state's obligation to remain neutral. The state is perfectly free to lend its financial support to any activities from which it is prohibited, and to suggest others that it never could compel by force. 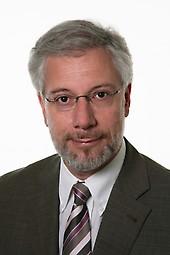