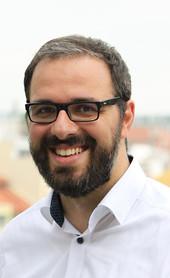 Since March 2022, Christian Echle is the head of the Asia / Pacific Department of Konrad Adenauer Stiftung. He was the director of the foundation's Political Dialogue Asia programme, based in Singapore, from June 2017 to February 2022. His first posting abroad was in Johannesburg, where he was responsible for KAS Media Africa, the regional programme in support of media freedom in Subsaharan Africa. Christian studied German Literature, History and Sociology in Freiburg, Gothenborg and Munich. During this time, he was awarded with a scholarship for promising young journalists bei Konrad Adenauer Stiftung. His journalistic work includes articles and pieces for Badische Neueste Nachrichten, Badische Zeitung and the German public broadcasters. He joined the foundation in 2007 as an Online Editor. His work focusses on the influence of Social Media on social and political opinion making, the digital transformation and the co-operation with political parties.

Digital Transformation in Asia-Pacific Germany and the Indo-Pacific