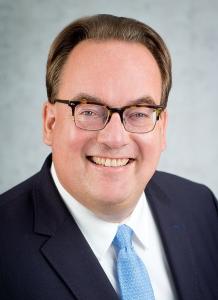 Dr. Norbert Eschborn was appointed Director of the KAS office in Canada in August 2019. Until June 2019 he headed the Myanmar office of KAS. Before, he managed the office in Korea in the same function between 2011 and 2015. From 2007 till 2011 he has been Head of the Evaluation Division in the European and International Cooperation Department of KAS.

Previously, he had an assignment as the Foundation's Representative to Indonesia and East Timor since February 2002. Before, he worked for KAS in Thailand in the same function between 1997 and 2001. He began his career as a journalist and later became a researcher at the Institute of Political Science of the Johannes Gutenberg University, Mainz, Germany. His publications include articles and books on development strategies of ASEAN countries, EU-ASEAN relations, the role of the German political foundations in development cooperation, the political system of Thailand as well as aspects of the political and legal reform processes in Thailand and Indonesia. During three and half years as principal private secretary to a leading German politician of the Christian Democratic Union (CDU) in the "Bundestag", the lower house of the German parliament, he gained first experiences in practical politics.