A Representative Survey on Conspiracy Theories

In a representative study, the Konrad-Adenauer-Stiftung surveyed the extent to which three factual statements and global control by secret powers (i. e. a conspiracy theory) are considered true or false in the German population. The belief in conspiracy theories is widespread. 11 percent consider a global control by secret powers as certainly true, another 19 percent regard it as likely. The study examines which groups of people doubt established facts and who believes in conspiracy theories.
September 6, 2020 Ordering Information

In the context of demonstrations against the restrictions imposed during the COVID-19 crisis, some of the protestors denied the existence of the virus and spelled out wild conspiracy theories. The impression arose that belief in conspiracy theory left a niche and became a mass phenomenon during the covid pandemic.

This impression is wrong. In a representative study in Germany, the Konrad-Adenauer-Stiftung surveyed belief in a global control by secret powers (i. e. a conspiracy theory) already before the pandemic hit Germany. Three out of ten people were either sure or considered it possible that secret powers control the world. In Germany, belief in a global conspiracy was already before the pandemic more widespread than doubts on the human influence on climate change or the danger of the measales vaccination in comparison to the disease itself.

The study analyzes who tends to believe in conspiracy theories and compares this with doubt in well established knowledge.

Read the full study here as a PDF. 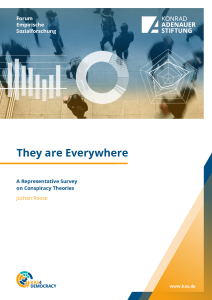 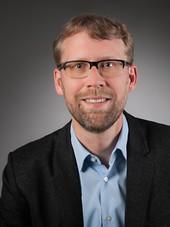