There can’t be a less challenging objective – to be a leader, and not a follower. Europe’s future approach to data, competition, and sustainability could mark a turning point in history. The wind of change should bring more diversity, a better and fair value distribution in the economy and society, and fix market failures. The fifth European Data Summit listened to a clear message from experts and decision makers: the alignment in thinking and looking for solutions is there.
22. Dezember 2022 Bestellinformationen 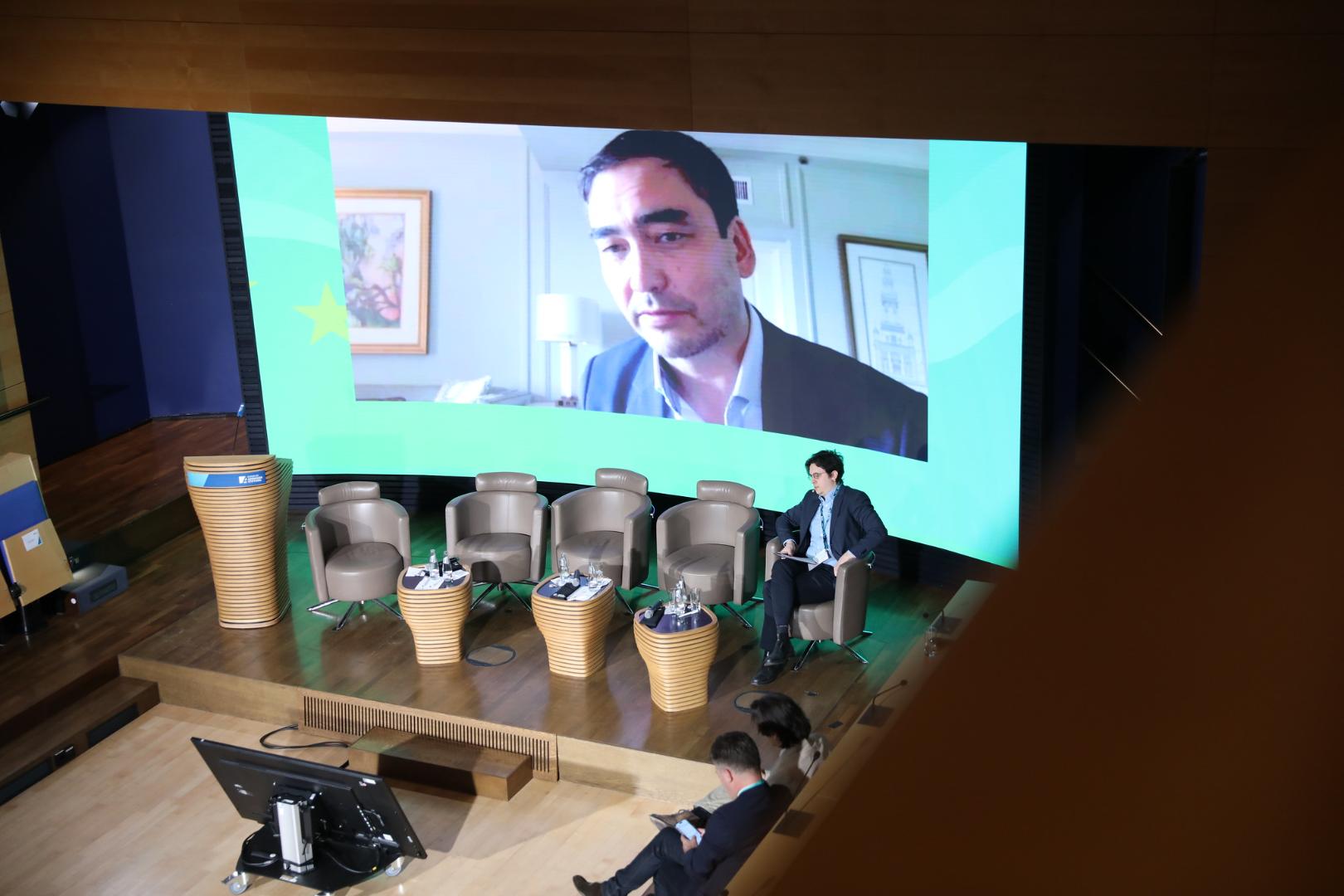 KAS
Timothy Wu (via WebEx) , Special Assistant to the President for Technology and Competition Policy, the White House In conversation with Samuel Stolton, Politico 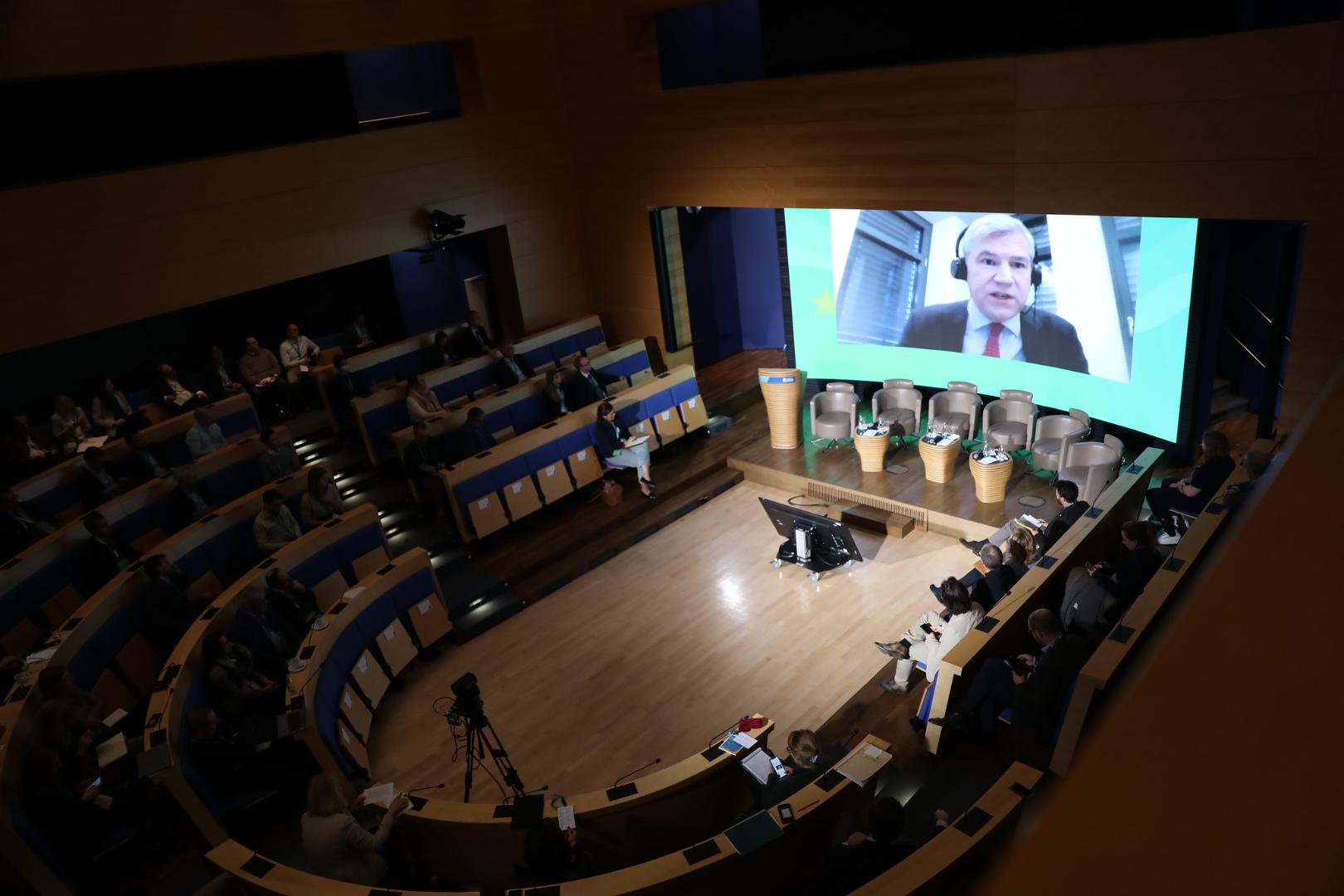 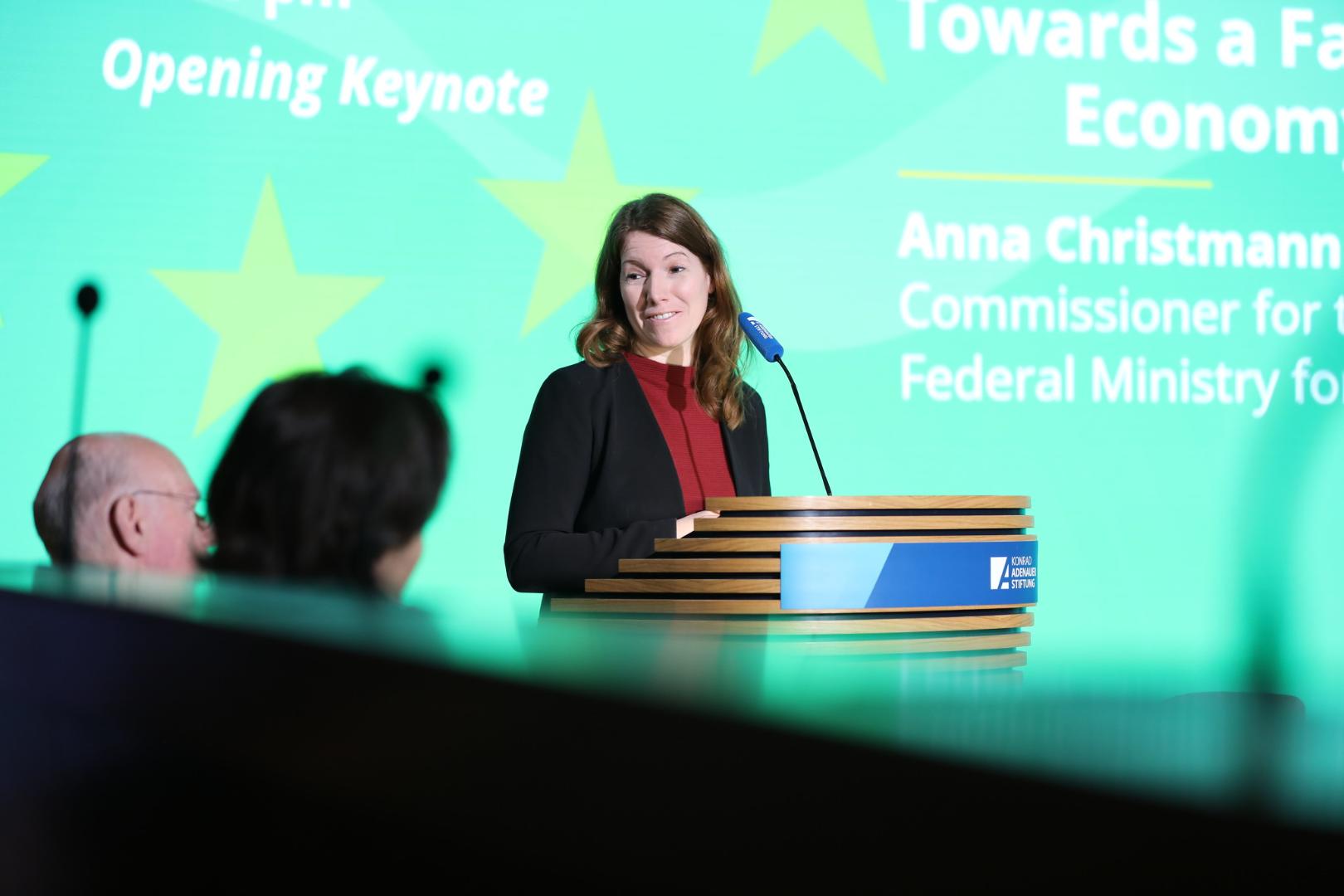 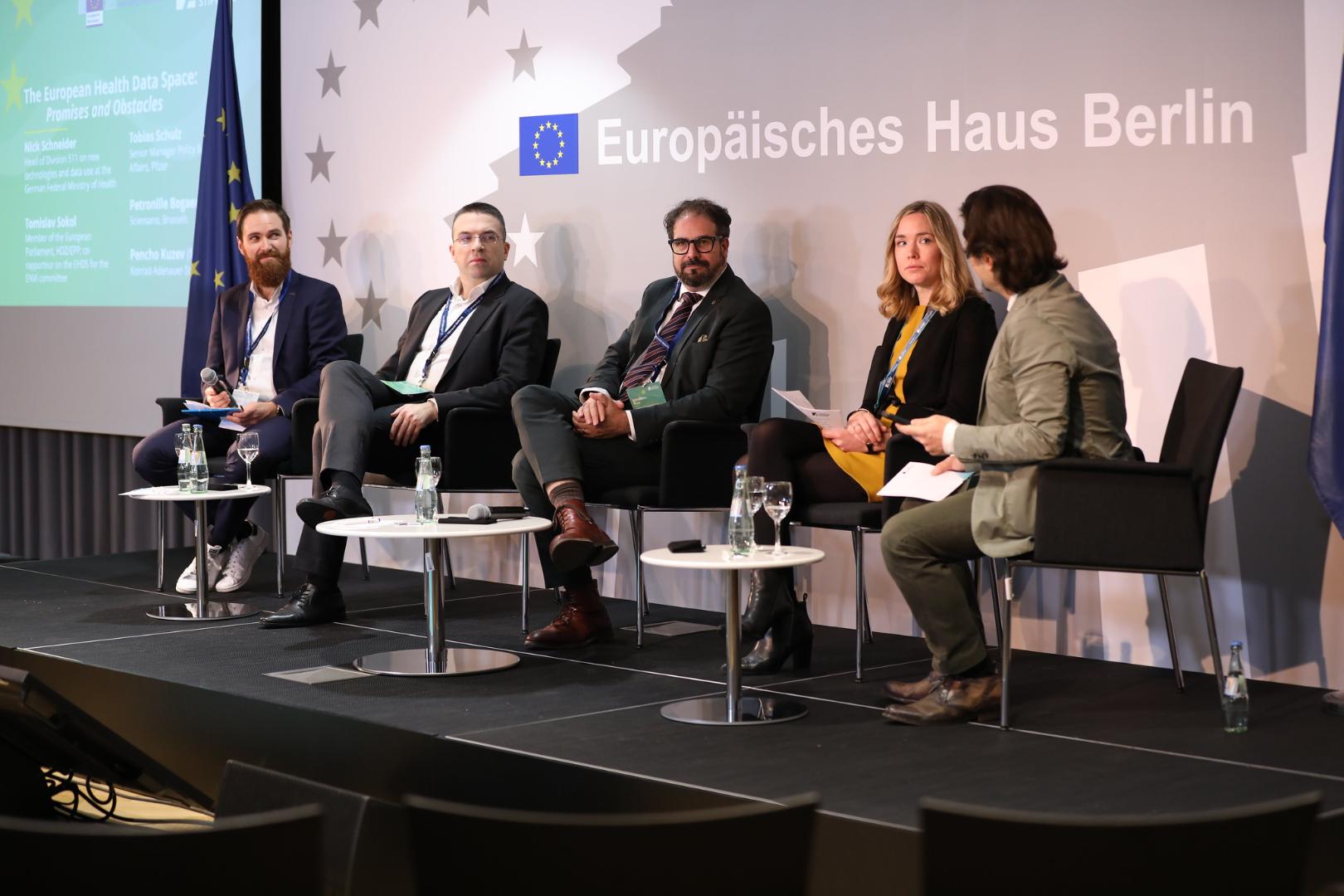 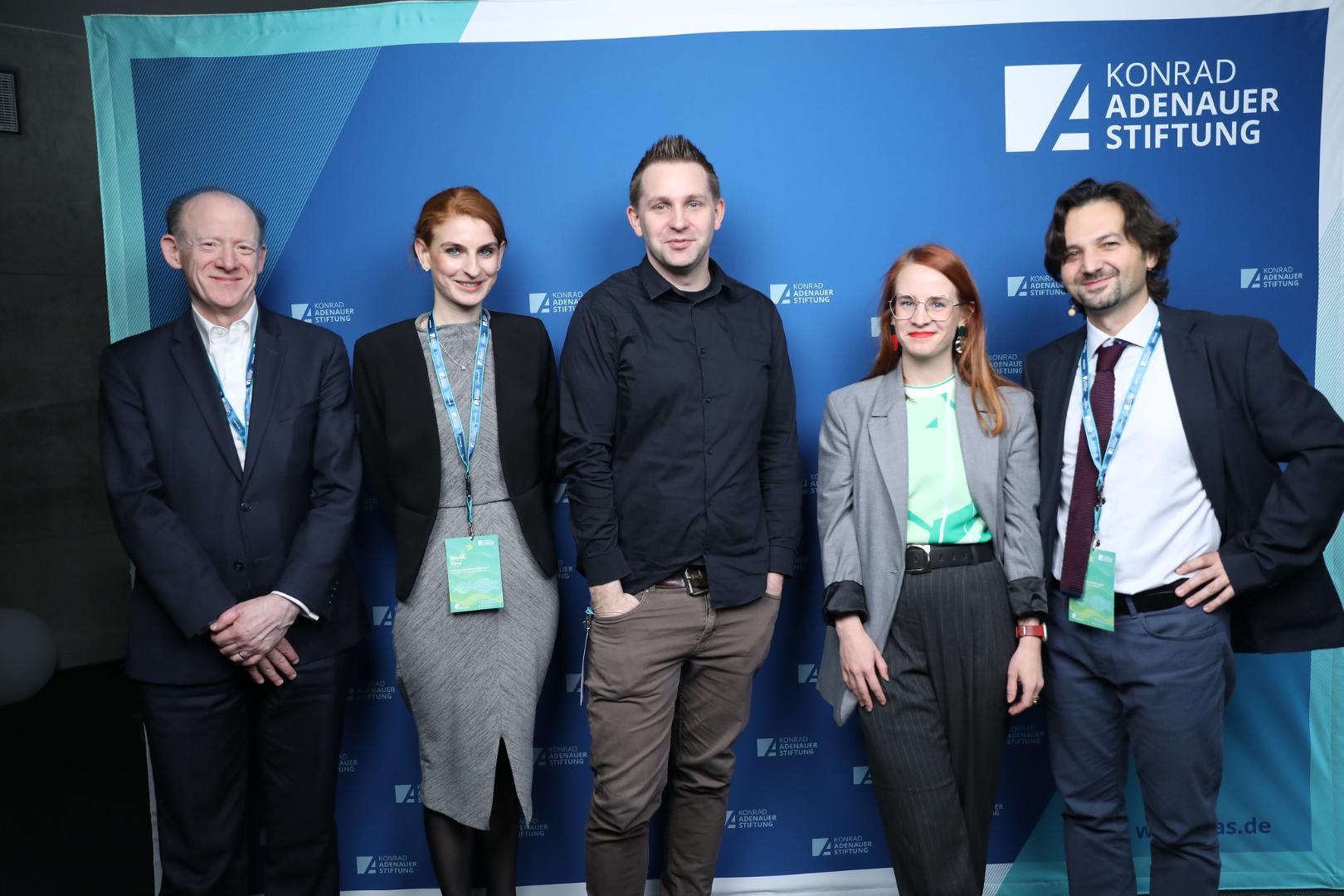 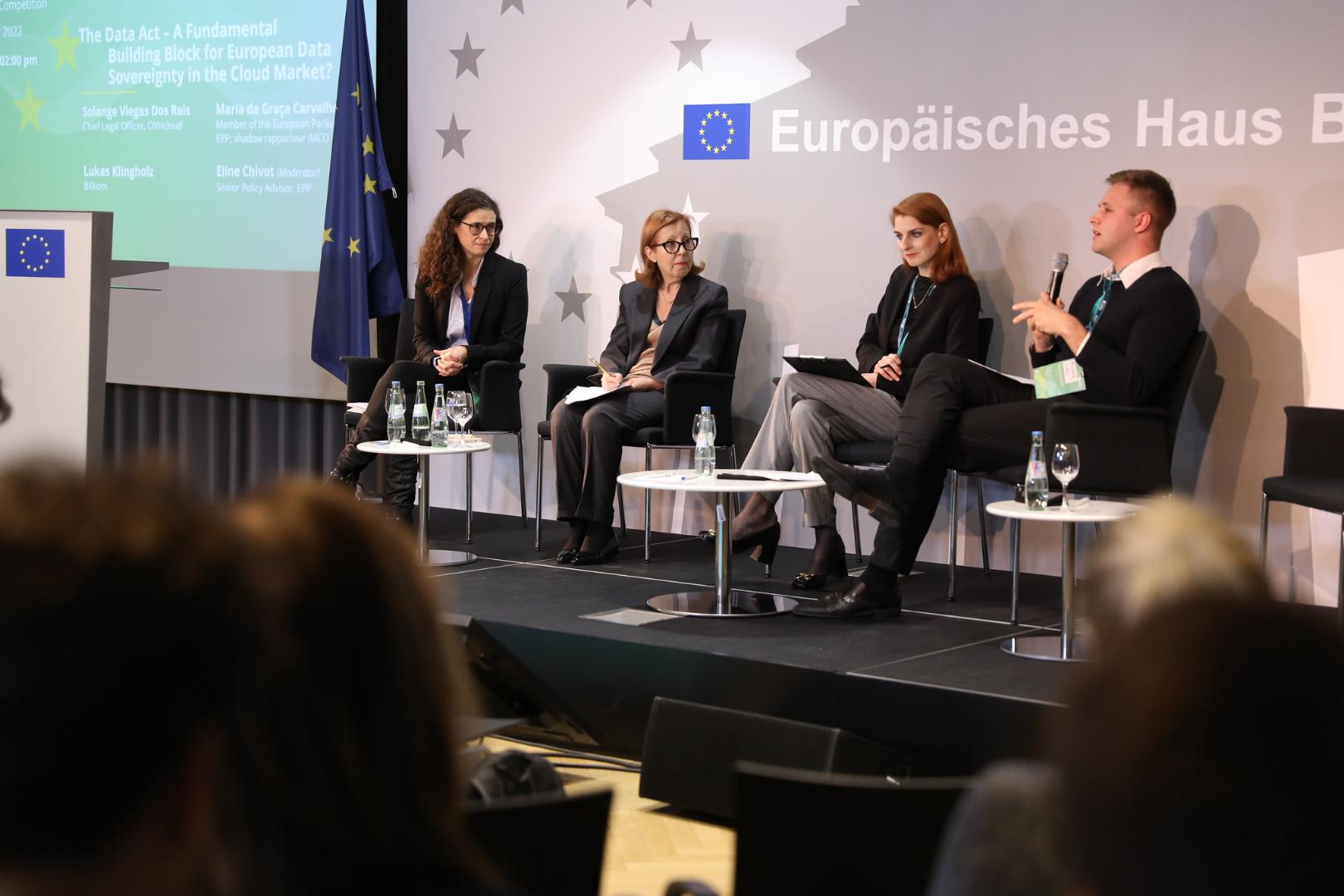 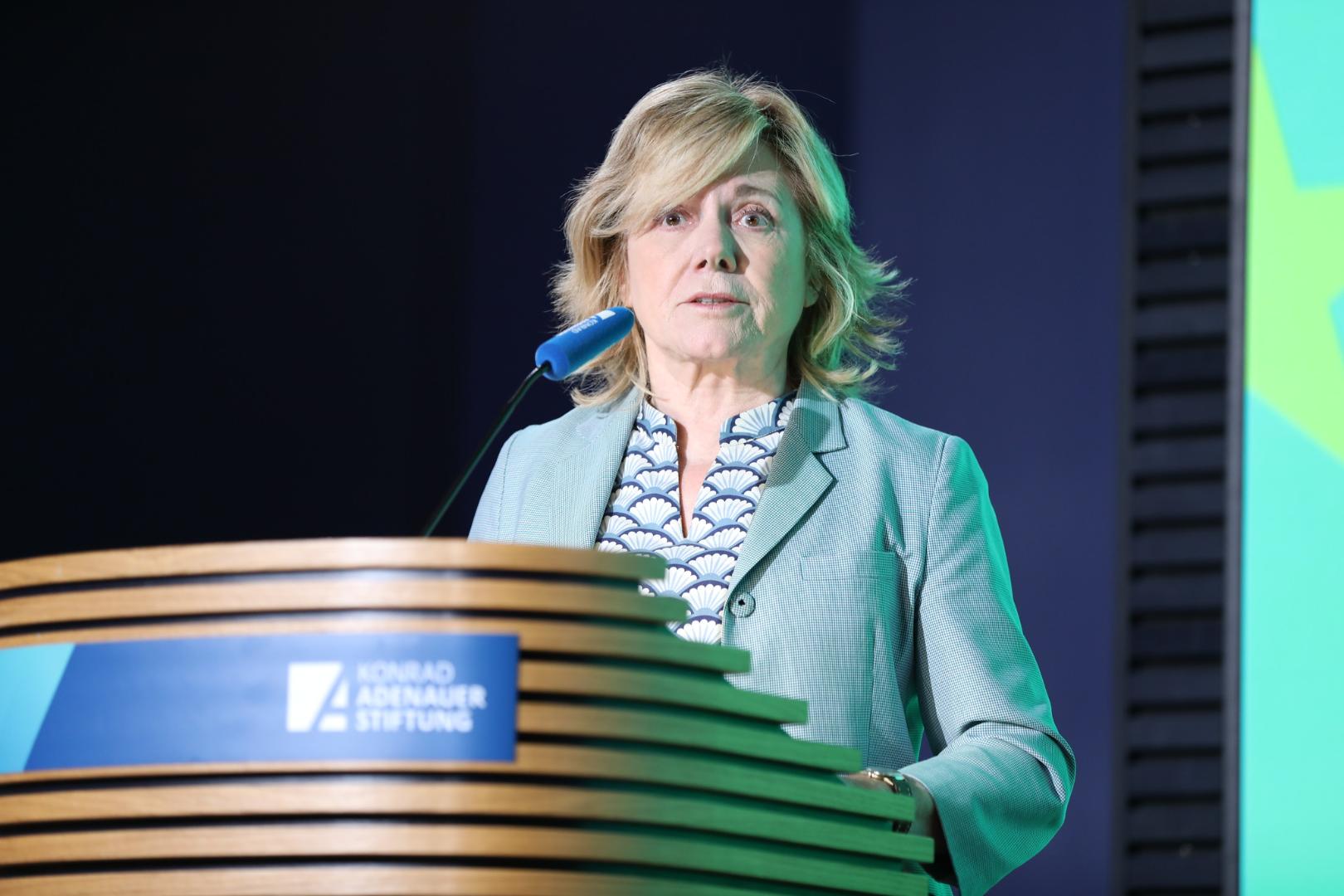 The European Data Summit was recently held for the fifth time and we can now look back and reflect upon Europe’s digital performance. Performance naturally covers two sides, what a regulation intends to produce and what the actual situation in the field is – before and after. Thinking of the first years of the GDPR, one could say that Europe was getting warm, keeping in mind the regulatory storm and the results that one observes several years later. A complex and interplaying regulatory mix covering data and competition policy is under way. The GDPR, the Open Data Legislation, the Data Governance Act, the Data Act, the Digital Markets and the Digital Services Act can never be discussed in isolation and they were traditionally part of our debates.

This year’s summit marked the heterogeneity of challenges of our time. The regulation of the digital world naturally has a geopolitical dimension. Europe’s way of thinking is certainly evidence based, however no one could be that confident regarding what effect the new legislation would produce for the economy and the society as a whole and what the reaction by the rest of the world would be.

If consequently implemented, the DMA could be a turning point in Europe’s digital policy

A substantial part of the debate shared the belief that the Digital Markets Act as a landmark and targeted legislation will produce more economic diversity and lessen Europe’s dependence. There is even an expectation that the DMA can bring us closer to the original internet. At the same , the debate also showed scepticism regarding the hope that it will produce a dispersion of levels of market power. So what are we regulating for, a point emphasized by Cristina Caffara (Keystone).

One thing, however, is certain. There is alignment in thinking, in identifying what the issues are, as well as in looking for solutions in the antitrust and digital world. In other words – the convergence is there, there is  great deal of engagement across the Atlantic and we had a different situation ten years ago, as participants were reminded by Alberto Bacchiega (European Commission).

U.S.-EU convergence – Are we moving closer?

It would be unfair and inappropriate if one report exclusively discusses just one panel out of three-day conference addressing diverse and complex issues. Having in mind the importance of taking similar approaches and maintaining similar understandings of the challenges of our times for our societies and economies, this short report highlights the six principles of Tim Wu (Special Assistant to the US President) where the Biden administration recognises a consensus in the transatlantic relationship. The Summit took note of them: 1. Privacy: the burden must be placed on the industry to protect it and not on citizens. 2. Data: Not all data is created equal and there are forms of data that deserve specialized protection 3. Platform market power: It is something real, lasting, and fortified by the accumulation of data; 4. Protection of vulnerable groups is an area where we have to do more, especially regarding the protection of children 5. Liability: we need a better control system, and here the Digital Services Act will certainly play a crucial role in Europe 6. Future of Internet: We have to bear in mind the danger of autocratic state power for the internet.

The Data Act – the cornerstone of this year’s debate

The Data Act – the first of its kind of legislation in the world is probably the most complex in the legislative pipeline.  It is about the restructuring of the entire digital, economic, and societal order that we have in Europe, a point emphasized by Heiko Richter.

We must keep in mind how challenging is to address problems when markets are not contestable anymore and when markets have tipped. It is certain that the Data Act will create complexity. It is a piece of legislation, however, that tries to think forward, before the problems have reached an inappropriate level. “If we don’t manage to find a fair distribution key of the value of data, no one is going to have any value of it”, noted Yvo Volman (European Commssion). The general impression is that the Data Act is welcome as long as there is a room for a sectorial approach and the interplay with the GDPR is clear.

Who better to explain why the transfer of personal data across the Atlantic was twice ruled unlawful by the EU Court of Justice in the landmark Schrems rulings than Max Schrems (noyb) himself? He could not see how the new U.S-EU deal would survive a challenge before the Court of Justice. An impressive keynote led us to breaking the Brussels Taboo. Almost traditionally at this conference, the spotlight was given to the question of whether the GDPR requires an amendment to better address the problems it aimed to fix in the first place, and whether new data legislation developments currently happening in the EU can learn from those market failures triggered by the implementation of the GDPR.

It is almost as if there was a consensus in the room about the failure of the GDPR to achieve its original purposes: protecting consumers and shifting cultures and mindsets of large digital platforms regarding data privacy, processing and protection. If anything, according to Oshrit Aviv (Entero, Tel Aviv) the GDPR empowered the latter and triggered monopolizing of data assets.

Sustainability and Competition in Disrupted Times

There will be no data economy if data cannot be used. Nevertheless, legal clarity is needed for cooperation on data sharing. Diane Coyle (University of Cambridge) gave concrete examples when information sharing is needed to address unsustainable practices: agreements to phase out products or technologies; agreements to adopt non-statutory standards; and commitments to a common technology roadmap, which could increase prices. Competition law practice has assumed that they operate in a given economic structure, but not in a situation where a large structural shift is occurring. Competition policy does not stand against achieving sustainability goals and effective competition is part of the solution since sustainability requires innovation. However, “We cannot afford not to have a structural economic transition to sustainability” noted Diane Coyle.

The entire summit covering a wide spectrum on data competition convergence and content moderation can be found here in three separate links. We do apologize for the inferior sound quality in some parts. 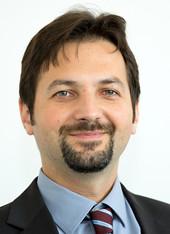 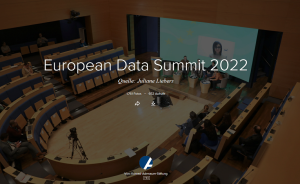 KAS
Mehr zum Thema
Here you can find the YouTube playlist of the European Data Summit 2022 including individual videos as well as all livestreams. 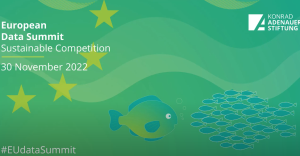