On June 11, 1999 the Konrad-Adenauer-Stiftung e. V. Board appointed a Board of Trustees. This body supports and accompanies the work of the KAS in a consultative capacity. One of its most important tasks is to analyse developments of relevance to society as a whole.

In times of great upheaval, constant transformation and ongoing processes of globalization, orientation is more important than ever. Revolutionary developments in science, technology, media and culture require us to respond in a timely far-sighted and trend-setting manner to the new political challenges the Konrad-Adenauer-Stiftung sets out to address.

The Board of Trustees comprises representatives from politics, society, science and culture. Dr. Wolfgang Schüssel is the chairman of this body.

In the composition of the Trustees Board, the Konrad-Adenauer-Stiftung has given importance to involving different parts of society. Our goal is to assure even stronger ties with ideas and proposals from science and society.

Members of the Board of Trustees

Dr. Wolfgang Schüssel
Chairman of the Konrad-Adenauer-Stiftung e. V. Board of Trustees
Federal Chancellor of the Republic of Austria (retired)
Further information in the biogram

Prof. Monika Grütters MP
Minister of State in the Federal Chancellery and Federal Government Commissioner for Culture and the Media (retired)
Further information in the biogram

Charlotte Knobloch
President of the Jewish Community of Munich and Upper Bavaria K.d.ö.R.

Klaus Mertes SJ
Superior of the Jesuit Community in Berlin-Charlottenburg

Prof. Dr. Armin Nassehi
Chair of General Sociology and Theory of Society at the Ludwig-Maximilians-Universität Munich, 2020-21 Fellow of the Konrad-Adenauer-Stiftung

Sarna Röser
Chairwoman of the association The Young Entrepreneurs (DIE JUNGEN UNTERNEHMER), Member of the Executive Board of Röser FAM GmbH & Co. KG 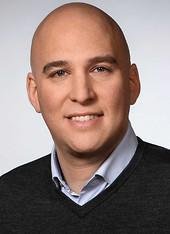 Head of the Executive Board Office