Leading Social Democrats are questioning the right of asylum

Similar to Germany, the Danish debate about how to treat asylum seekers and the legitimacy of the right of asylum has intensified since the migration crisis’ peak. A proposal by the social democrats (Sozialdemokraterne) caught the public off guard and led to a fierce discussion drawing either support or outright con-demnation.
February 20, 2018 Ordering Information

The right of Asylum for those whose prosecution is motivated politically still prevails in Europe. Since 2015 stricter asylum regulations are on the agenda and nationalist conservatives and right-wing populists are trying to use the momentum to tighten the rules amid facing widespread resistance especially among left-wing parties. This makes the proposal by Mette Frederiksen the more surprising given her social democratic allegiance. In a recently published paper about migration-policy, she advocates to virtually disband the right of asylum. She proposes a system which would move the application process for non-westerners into remote places outside Danish territory to be able to control non-western immigration more effectively.

Danish refugee-camps in Africa to process applications for asylum

According to her proposal, asylum-seekers should apply for asylum in refugee camps outside the EU which are organized and paid for by Denmark, and remain there if asylum is granted. Therefore making it impossible to apply for asylum in Denmark or stay in Denmark thereafter. In return, Germany’s Norther neighbour offered to restart the application of the UNHCR’s quote for distributing refugees, which it stopped in 2017. Frederiksen justified her proposal by outlining that Denmark and its 5.7 Million citizens have reached their limit in hosting refugees and that the latter have drastically changed the Danish population: “ in 1980 one percent of the population was of non-Danish descent, today it is eighty percent” said the politician at the paper’s presentation in Copenhagen.

Political landscape is divided over proposal

Other political parties’ reactions were diverse. The right-wing populist and anti-immigrant Danish people’s party (Dansk Folkeparti) welcomed the proposal and stressed that they hoped for a quick implementation. Other parties were more reluctant to agree or outright opposed. A spokesperson of the liberal-conservative party Venstre, whose leader is the current Danish Prime Minister Lars Løkke Rasmussen, pointed out that the majority of the Northern-African states are too instable to host such camps. Moreover, he doubted whether stable states in the region would be willing to accept such a proposal. Smaller and left-leaning parties criticized the proposal for being unhuman, unrealistic and lacking solidarity, as the problems would simply be exported to Northern-Africa. Fur-thermore, the issue of legality of such proposal in the context of international law has yet to be determined.

Speculations on the bigger goal in full swing

While discussing the idea of the proposal, which exhibits similar characteristics like the rigorous Australian migration policy, others see a bigger goal by suggesting such move. Considering the parliamentary elections in one and a half years, many regard the proposal as a way to cosy up to the Danish People’s party, which currently represents the second largest group in the parliament, propping up the minority government of Venstre, Liberal Alliance, and the conservative people’s party (Konservative Folkeparti). Some speculate that Mette Frederiksen is considering a coalition with the Dansk Folkeparti after the next election, making herself a top-contender for the job of the Prime Minister. Already in June she draw attention by appearing publicly with the People’s party’s head Kristian Thulesen presenting a joint EU-plan designed to curtail or stop the “stampede of low-wage workers” from Eastern Europe. Ever since rumours are being spread that a closer cooperation between the People’s Party and the social democrats, who are the parliament’s largest group, is imminent.

More than 60 aggravations of immigration policies

The social democrat’s proposal, regardless of the bigger motivations, fits in the kingdom’s political landscape, which repeatedly concentrated on asylum policy over the last months and years. Since the height of the refugee-crisis, the government (partly with the consent of the Social democrats) passed over 60 amendments of the right of asylum, aiming to make Denmark less attractive for asylum-seekers. Among other measures, the government abolished family-reunification, cut state funding for refugees and introduced tighter checks at its land and see borders. Looking at the asylum-requests, the policy appears to be paying off. While 21,000 asylum-seekers arrived in 2015, only 3,500 applied for asylum in 2017. One of the reasons for this development is the dependency of the minority-governments on the Danish people’s party. Only a few weeks ago Rasmussen’s administration announced further aggravations to immigration policies.

A more rigorous asylum-policy in the Nordic countries led to a recently increased migration across the Danish-German border. Answering a request by the German Newspaper “Welt”, the German ministry for domestic affairs confirmed that the number of illicit border crossings from Scandinavia has increased in 2017 by 35% in comparison to the year before. The number includes the entries by land or sees from Denmark, Finland, Sweden, and Norway. According to the German federal police, the 2700 immigrants were mostly from Iraq, Afghanistan, or Syria and saw their asylum-requests turned down in the Nordic countries.

The Danish political landscape takes another shift to the right following the social democrats’ proposal to a more anti-immigration policy. Following a continuous shift of conservative parties towards the Danish People’s party, it appears the first party of the left has done the same. Regardless of bigger ambitions, the Dansk Folkeparti can al-ready count this as a victory. After influencing the public debate for some time already, it could significantly extent its influence in the near future and maybe be directly involved in the government. In case of that happening, the social democrats’ proposal to virtually abolish the right of asylum has a realistic chance to be implemented into law. Whether such move would be practically possible while also be in line with international law remains to be seen. 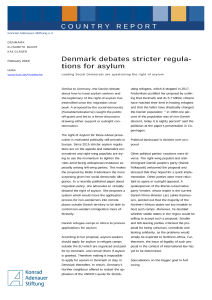 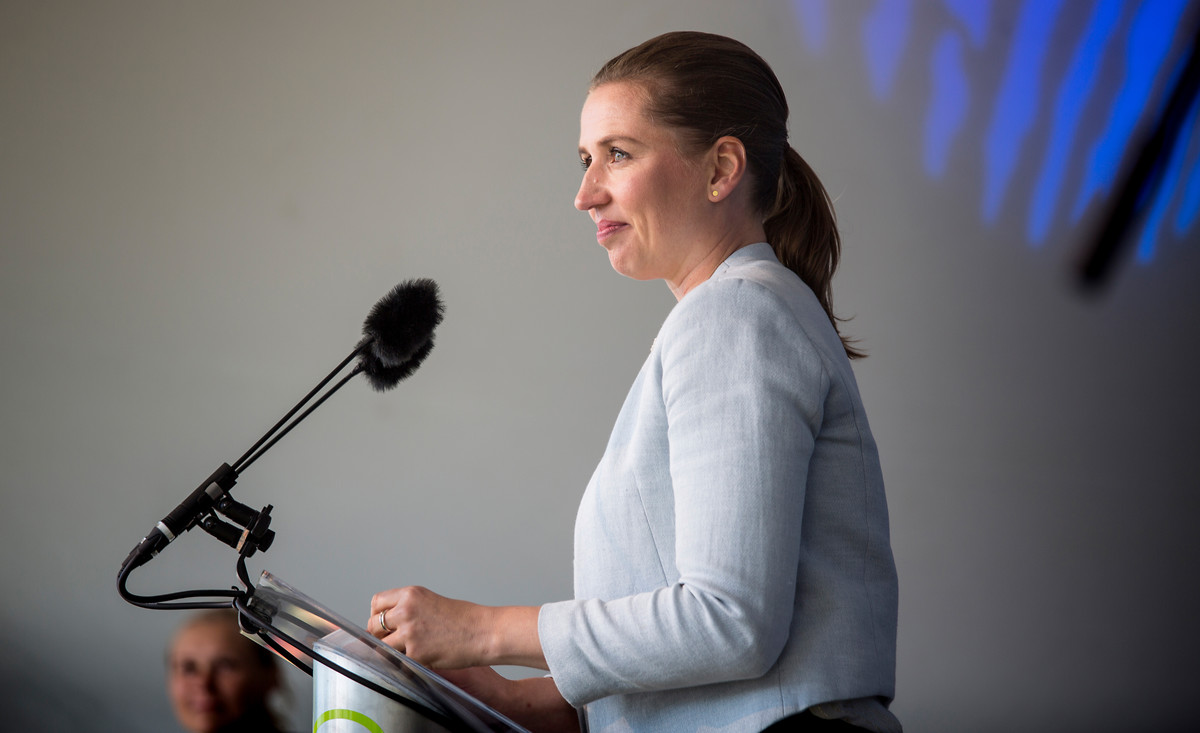