by Thomas Schrapel
Was the timing merely coincidence or orchestrated political manoeuvring? On 1 June, the Armenian Prime Minister, Nikol Paschinyan, announced to the public that he himself and the closest members of his family, his wife and three daughters, had become infected with the corona virus. Anti-government members of Armenian society found it difficult to view this communication in isolation of the current domestic political situation. The announcement, only one week later, that the Prime Minister’s family and Paschinyan himself had now recovered, reinforced speculations that officially announcing the infection was nothing more than a diversionary tactic. Government measures officially adopted to contain the pandemic, such as the state of emergency extended for the third time last weekend, are predominantly interpreted in light of the prevailing political climate. The number of those in Armenian society who are critical of government seems to be increasing every day.
June 19, 2020 Ordering Information

Regularly published figures on new cases of corona virus in Armenia are disenchanting, perhaps even shocking. For weeks now this figure has been increasing each day by 500 to more than 700 new cases: this corresponds to up to 4500 per week! A country like Armenia with its fragile healthcare infrastructure needs to take these figures seriously. There are, of course, various reasons for this tragic trajectory. What is striking, however, is that compared to neighbouring Georgia for example, the government’s handling of the pandemic has long become a political issue for the opposition. 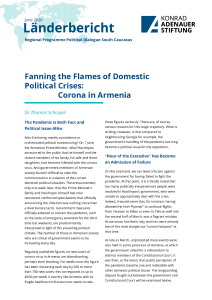 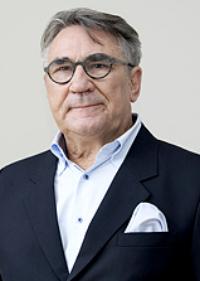 Geneva between hope and disillusionment in the fight against COVID-19