Anniversaries of Freedom and Unity

At the crossroads of the future

2009 marked the anniversary of major turning points of post-war history – 60 years Basic Law, 20th anniversary of the fall of the Berlin Wall, including 40 years since German partition. In 2008, we commemorated the currency reform and the first convening of the Parliamentary Council for 60 years. The 20th anniversary of reunification was finally celebrated in 2010. A wide range of anniversaries that all share on thing in common: Without the courageous decisions of Christian Democrats like Konrad Adenauer, Ludwig Erhard and Helmut Kohl – to name just a few – history might have taken a different course.

The Konrad-Adenauer-Stiftung has closely monitored these anniversaries. We illustrate that a loss of trust in politics can only be restored through a revival of values, which made the development and modernisation of Christian Democrats possible. Today, too, it is about the Western Christian tradition, the foundations that conveyed the Catholic social doctrine and Protestant social ethics, and about the regulatory fundamentals of a social market economy. Only this clear system of coordinates can convince the people of our country to back far-reaching reforms for urgently needed modernisation measures. The relevance and validity of a policy, which is based on Christian values, needs to be re-established and revived time and again. This is the key to regaining confidence and trust in the ability for reform.

The Konrad-Adenauer-Stiftung regards this internet portal as a contribution towards this mission. Under the central key words:

- Alignment with the West

You can find out the significance of the paradigm of Christian democracy and about its influence on the central milestones of the Federal Republic as well as the organising principle of our state and the foundation’s work on these topics both in Germany and abroad. 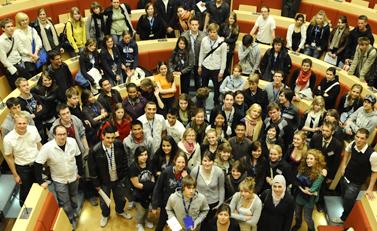