Movements as a challenge for political parties?

by Franziska Fislage, Karsten Grabow
Political movements are gaining in importance around the world and are trying to establish themselves as an alternative to the already long-standing parties in their countries. Movements are a phenomenon of crisis. They arise and thrive where the elites of the past have proved incapable of making politics for the good of the country. In this study, the Konrad-Adenauer-Stiftung focues on eight cases from five European countries. Some of the movements are already part of the political establishment and are challenged by new movements. They do not inevitably represent an increase in quality for democracy. Despite a grassroots-democratic self-image, some movements have recognisable democratic deficits. The “established” parties will have to do more in the future if they want to defend their ancestral role as “top dogs” of political decision-making and leadership that is oriented towards the public good.
July 9, 2019 Ordering Information 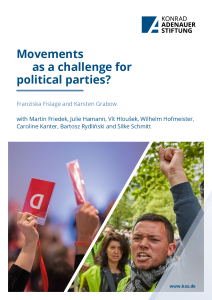 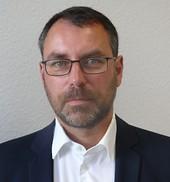