The ambitions and reality of Mexico’s development cooperation - www.kas.de

Building bridges between North and South?

Mexico has been a high-profile stakeholder in international development cooperation since 1945: first as a recipient country and, over time, also as a donor country, particularly to countries in Central America and the Caribbean.

Mexico has been a member of the OECD since 1994 and holds observer status on its Development Assistance Committee (DAC). As such, Mexico is involved in international development cooperation as part of triangular cooperation with DAC members, including Germany.

Over the past few decades, Mexico has made efforts to play a facilitating role between North-South and South-South cooperation efforts.

Since the current Mexican government took office in 2018, there has been a shift in the Mexico’s political and economic priorities to focus more on domestic issues. In the short to medium term, this offers fewer opportunities for German development cooperation, as the potential areas for collaboration have diminished drastically. Particularly at the federal level in Mexico, the basis for actively pursuing international relations has all but disappeared.

There is thus a discrepancy: On the one hand, there is the ambition or potential for Mexico to build on the efforts of previous governments and play a significant role in international development cooperation. On the other, there is the political reality of the current government under President Andrés Manuel López Obrador, which represents an almost complete renunciation of this ambition.

Read our Monitor Development Policy „Building bridges between North and South?“ here as a PDF. 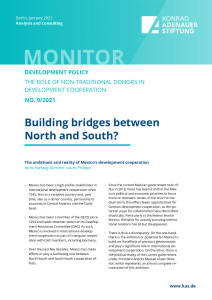 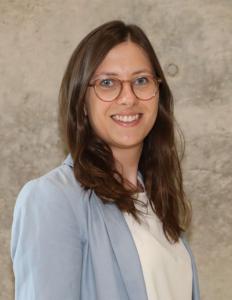 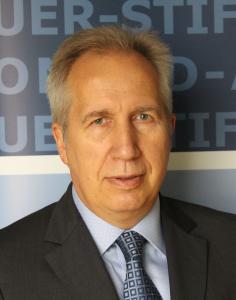 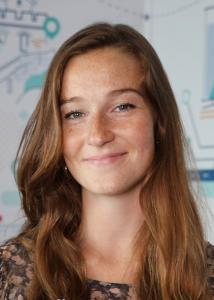